I bought the short head floating line with the overhang marker and cast it for the first time today. I must say it is an absolutely superb line, is a joy to cast and the overhang marker is a good guide and really helped. I bought the line slick too which is great and easy to apply. Decent amount too 👍. After casting the Sunray line today I would have to say I am converted and will look at Sunray lines for all my other spools when I next need my lines replaced. The taper on the line is superb. Lies straight when casting and I found no memory in the line which is unusual for a brand new line. Very pleased 👍. Another guy at the fishery had the red proline which also looks a great line, very thin and seemed to cast very well. When I spoke to him about it he could not have praised the line more. For anyone considering replacing or adding to their fly line collection, I would seriously consider one of these lines or any of the Sunray lines, they are immense 👍🎣

Hi Tom,i have receiced my rod this Morning,beautiful and with microthin JL 4 ,it's perfect,;thanks Tom

Wow Absolutely unreal line.. naught this and the competition sink tip.. both are class.. just about doubled my casting distance I would say.. I know where I'll be getting my lines from now on...

Nice line and everything was perfect.

This line casts like a dream and Is a real joy to use 👍👍👍. Can’t wait to take it abroad 👌

Very happy with line and service from sunray 🎣🎣🎣

Firstly out of the packaging the line is lovely and subtle in colour feels silky smooth , in practice well the sink rate is spot on front sinks faster than the back end keeping you at the depth you want , rather than dragging the bottom , but if you want to fish hard on the bottom , as I did last day of the year with a booby whilst chatting to another angler the bite transmission from the take was spot on , felt the fly get pulled struck and played a lovely rainbow to the bank , the line does exactly what I want really happy with all the Sunray lines I now own , the over hang marker also for me acts as a retrieve pause point so you hang your flies and different points on the line with this visual marker not whats its for but hey why not us it .
Definitely worth investing in these lines are great .
The line in the photo is the comp floater 2020 as I was still fishing only used for scale . 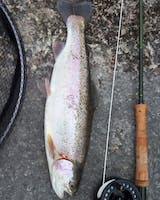 decent amount too thanks.

A
Slow Sinking Intermediate A.
5 stars

Great line only a little stiff wish it was more supple but I love it.. 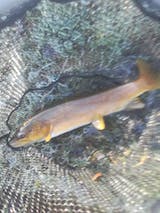 I feel that it would be unfair to all to review at this time because I have not used the line yet, all I can say is that it felt very nice as I put it on the reel

Weighs exactly as specified. Turns over nicely. Hi-vis orange coating makes it a must for fly casting photography. Joy to cast it. Love it !!

Great for delicate close range presentation, very little disturbance on landing, I couple it with a fairly long leaders well and this further reduces the line signature on delivery. Borrowed the long leader bit from Dave Southhall, saw him use it to great effect.

6# line on my 5# rod delicate presentation every time shoots like a rocket already recommend to friends .

Bought this line because of the face book ad ,casting made easy with the markers on it , I was not disappointed it works real well and casts as straight as a dye